With a force of M 7.0 , three strong earthquakes hit the city of Izmir.

Three strong earthquakes rocked western Turkey, specifically the Turkish city of Izmir, and citizens panicked into the streets in panic as the aftershocks intensified. 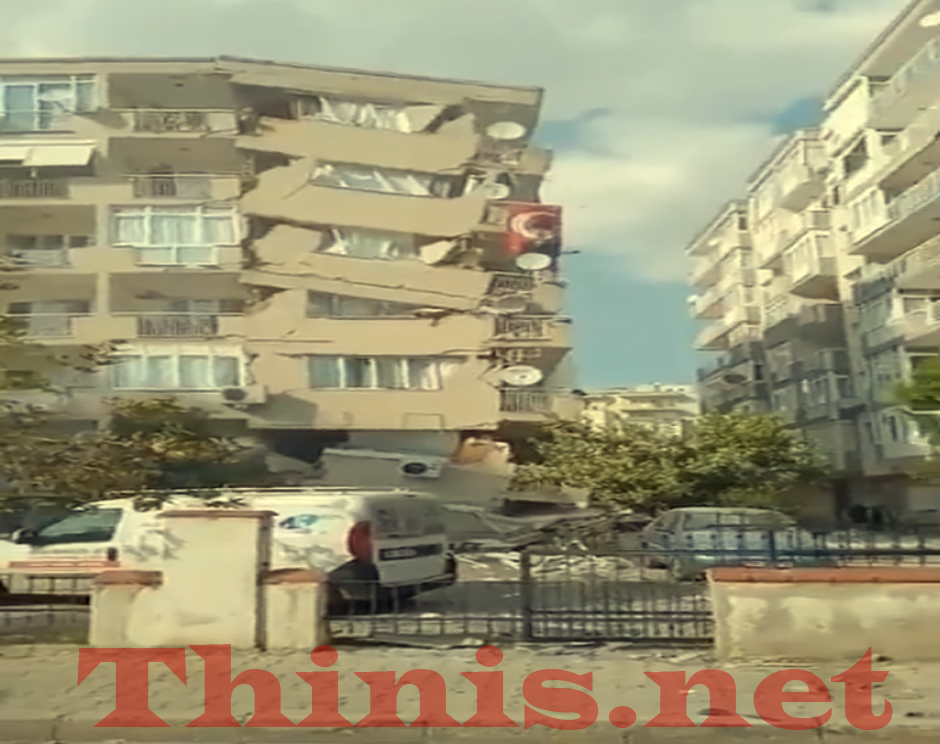 Citizens also circulated on social media, video clips of buildings destroyed in the city, amid warnings of new aftershocks, and the authorities have not issued data so far about the presence of injuries or deaths.

Eyewitnesses – Dozens of buildings collapsed, more than 20 buildings , people search for victims among the rubble, pray for the innocent.

At least 20 buildings have been damaged in the Turkish city of Izmir, its mayor Tunc Soyer told CNN Turk.

At least 4 dead, 120 injured, after a powerful earthquake and tsunami in the Izmir province of Turkey. 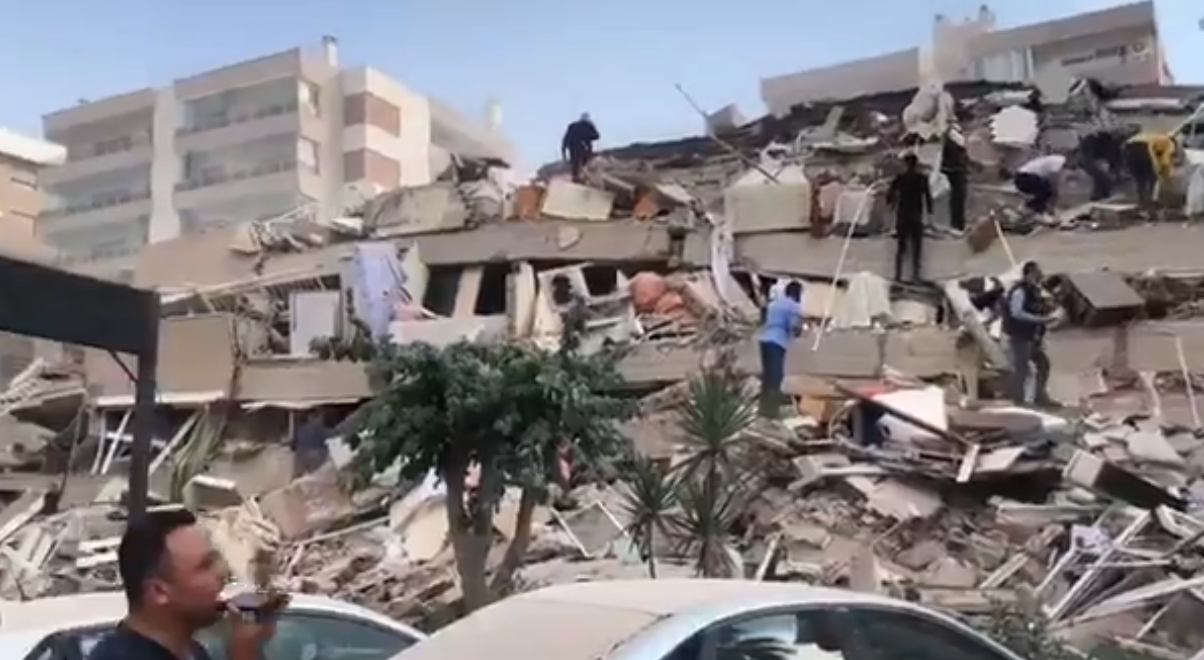 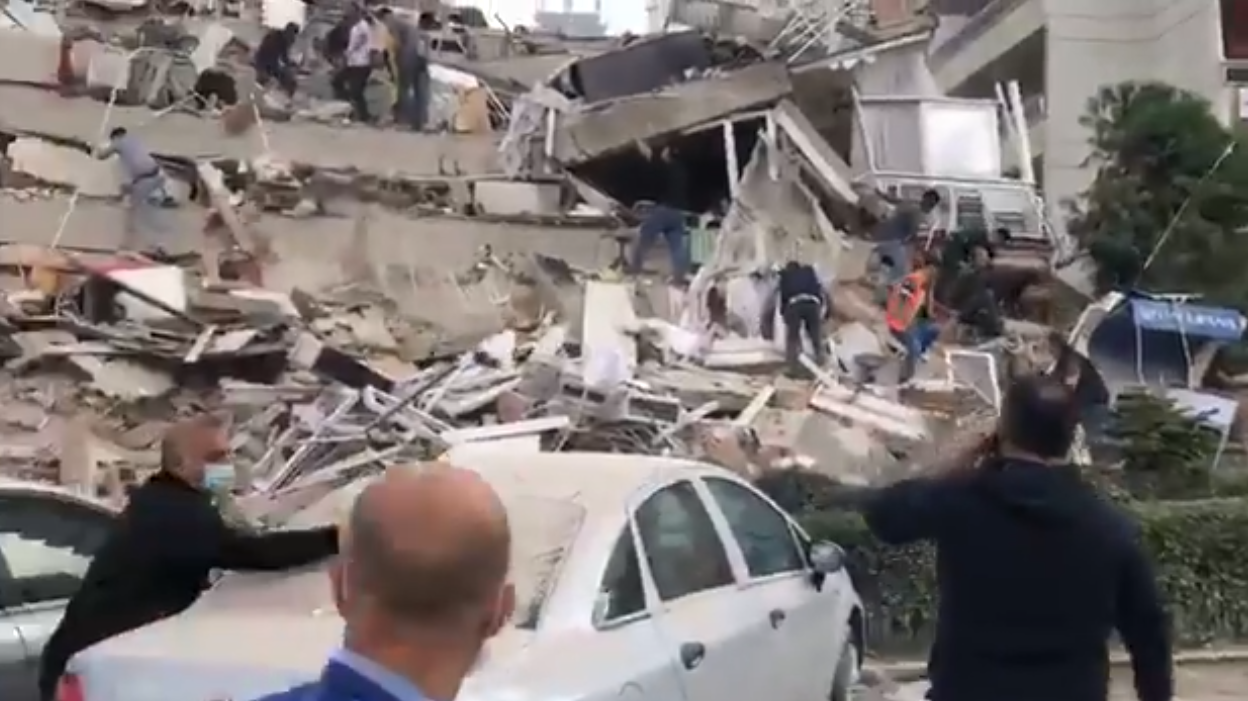 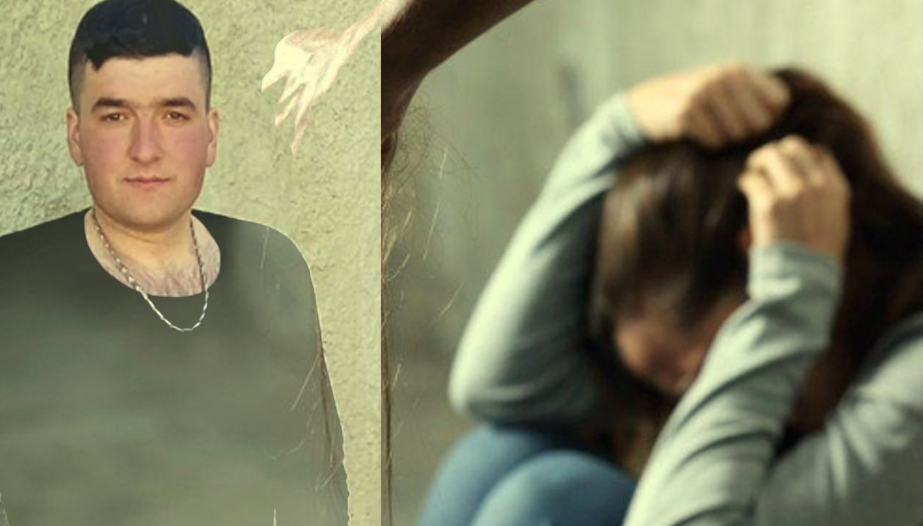