She was born in Belgium and attended high school in Virginia. She is of Vietnamese and Mexican descent, and came out as a trans woman when she reached college.

In several of Dragun’s YouTube videos, she has spoken openly about her transition. When in college, Dragun reported getting a fake ID with the name Nicole, and was recognized as female.

Later, Dragun decided to move to Los Angeles, and got accepted to the Fashion Institute of Design & Merchandising, where she obtained her business degree. She said, “I was very Hannah Montana at the time. I would be in class, and we’d talk about influencers and brand deals, and my face would pop up on the screen and they’d start talking about me! They had no idea that I was sitting in the class. I never wanted anyone to know

The cosmetics mogul also knows how to keep her fans intrigued, and she’s teased several romances with top internet stars to constantly keep people guessing. Though she suggested that she was spending a lot of time with TikTok star Tony Lopez throughout May and June of 2020, she appears to be in a relationship with someone else entirely. 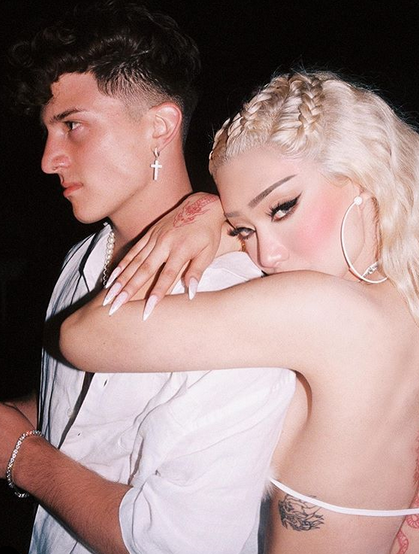 Who is Nikita Dragun’s new boyfriend?

While vacationing in Miami during the first week of July, Nikita began posting Instagram stories of her with a mystery man. She used emojis to keep his face hidden, but her fans quickly began to speculate that he was her new boyfriend.

The man featured on Nikita’s feed is Chase Stobbe. He seemingly confirmed the rumors himself when he posted an Instagram story on July 5 of him lounging by the pool with the Dragun Beauty founder.