On Wednesday, Rihanna stepped out for date night at Barcade in Manhattan with her rapper boyfriend A$AP Rocky.

Finally, the prophecy foretold in the “Fashion Killa” video has come to pass. After a year and a half of coyly talking around rumors, ducking paparazzi and no doubt entering and exiting locations from different entrances, A$AP Rocky and Rihana aren’t just leaving through the same door together—they’re fully gliding down New York City streets, putting their unfathomably stylish union on full blast. 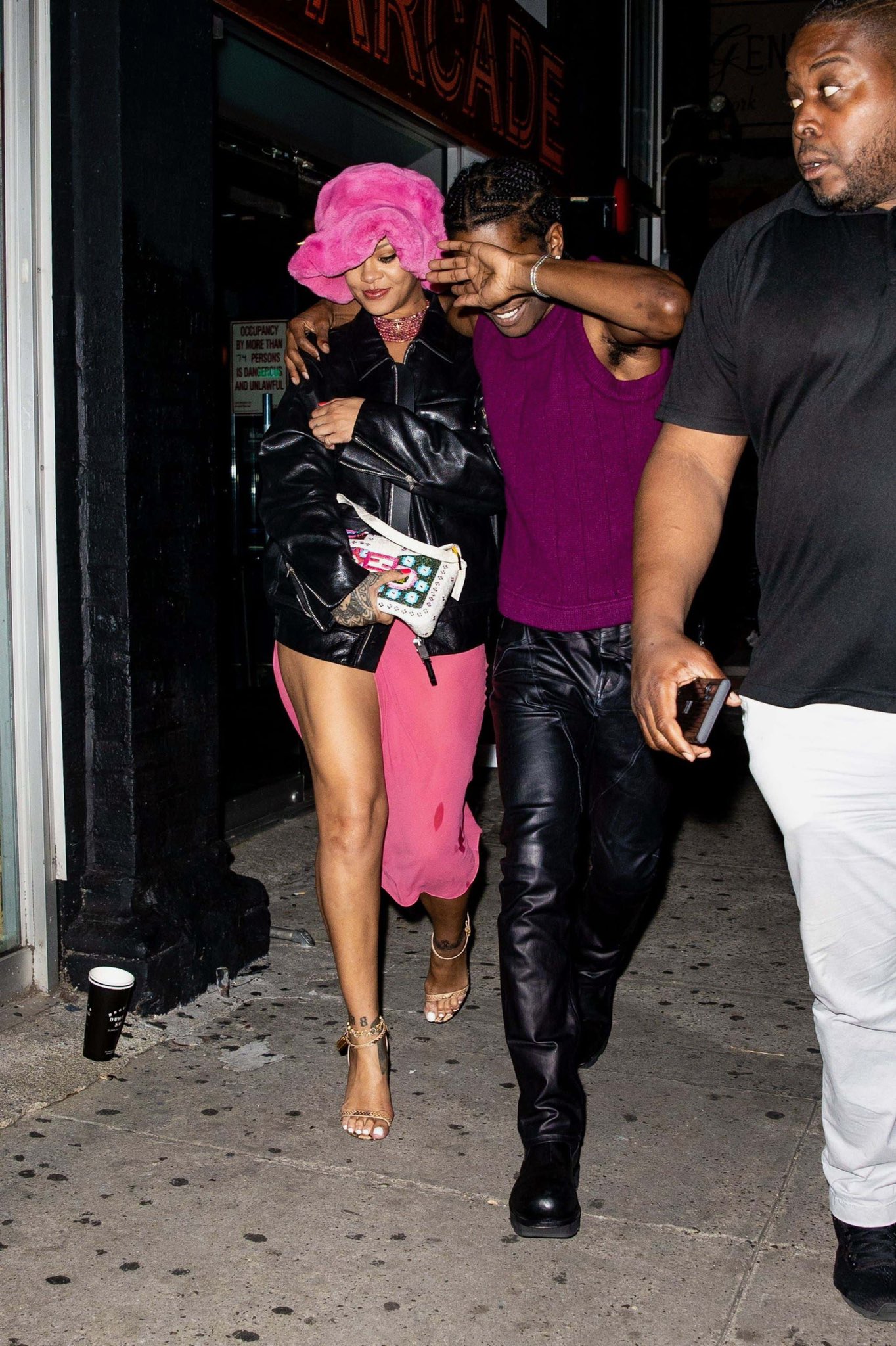 The “Wild for the Night” rapper recently told GQ that She is the “love of my life” and “the one” in the magazine’s June/July 2021 cover story.

Rihanna & A$AP Rocky, just keep being the hottest couple in the world pic.twitter.com/svNtDxnWFg

Back in December, a source told PEOPLE that the couple is “inseparable” after confirming the two were dating following years of friendship, adding that “Rihanna seems very happy dating A$AP” because they “have a lot in common.”

And fashion is one of the pair’s common interests. The Fenty mogul was seen wearing a pair of heels designed by A$AP himself when she rang in the new year. The Amina Muaddi crystal-embellished gladiator sandals, which Rihanna wore in her poolside Instagram snaps, were made in collaboration with the rapper’s creative agency, AWGE.

Rihanna rocked a bright pink slip dress with spaghetti straps and a thigh-high slit along with gold open-toe strappy heels. She pulled in some early 2000s vibes by pairing the dress with a fuzzy pink bucket hat, Dior beaded necklace, a white bag, and a glossy pink lip. 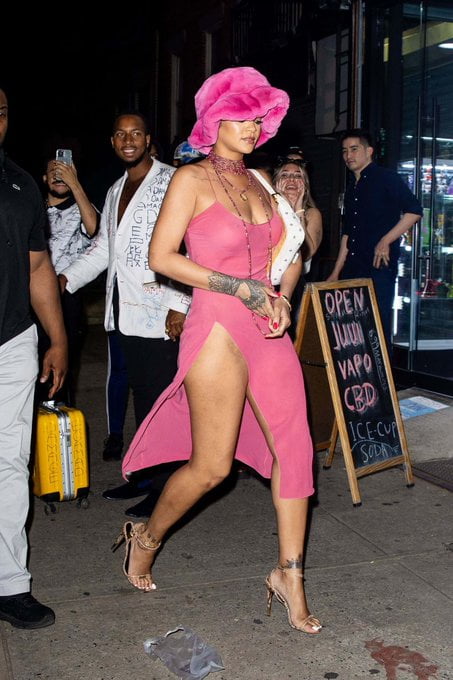 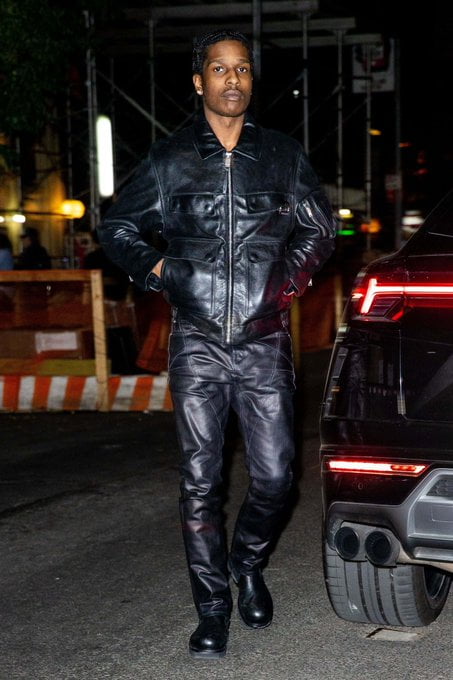 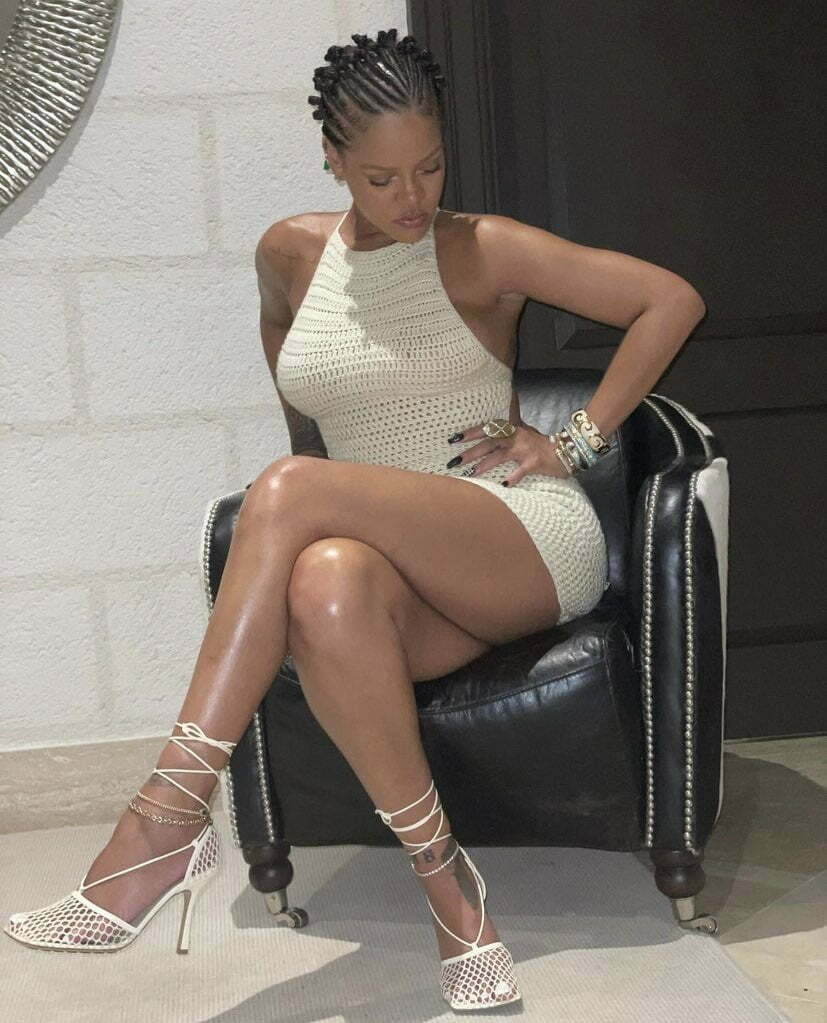 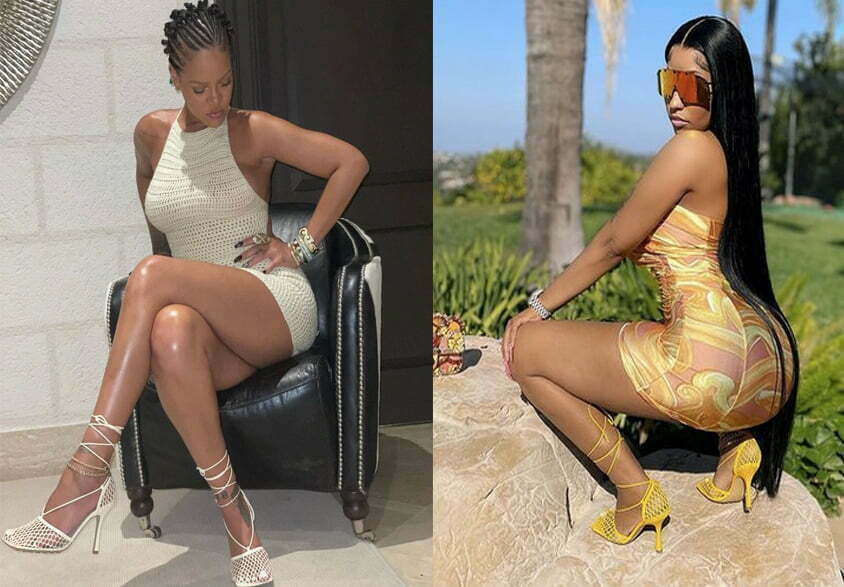