Almost 7 years after the publication of the music clip that mocks singer Zain Malik and attributes the events of September 11th ،Twitter has issued a hashtag demanding the deletion of this passage, which Twitterers see as racist and Islamophobic, and Twitter tweets declared their solidarity with Zain against this racism.

The song was blaming the One Direction singer for the terrorist attacks on the Twin Towers in 2001 has sparked fury among fans.

The track called Zayn Did 9 11 features the singer’s silhouette superimposed over an image of the September 11 attacks.

It’s claimed to be the work of American rapper Rucka Rucka Ali who has since been branded “disgusting” among hundreds of unprintable tweets.

some of tweets on #removeitforzayn 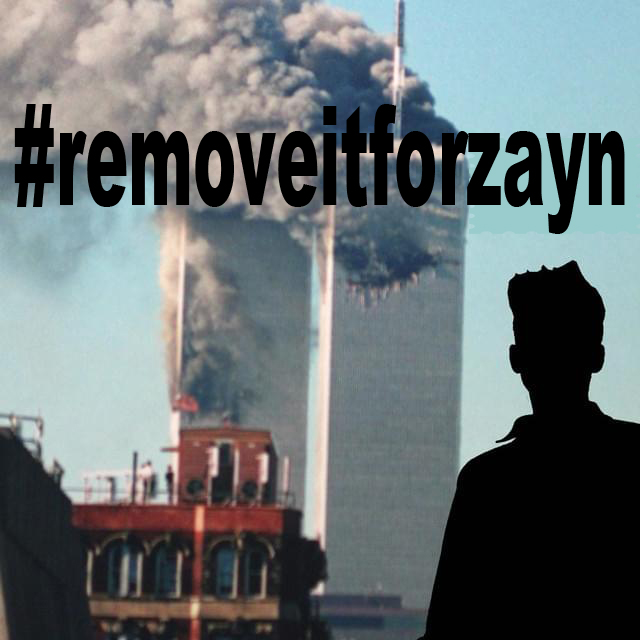